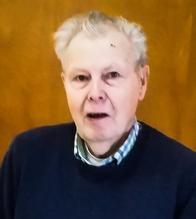 Joy Corrado Zublena has been dedicated to her music in every facet of her life since beginning her study at age three.  She is a concert pianist, accompanist, organist, and theater organist.  She has given concerts throughout the East Coast.  She has performed numerous times as a piano soloist for the Torrington Symphony Orchestra and won the concerto competition for piano performance while attending Central Connecticut State University.  Joy had also attended the Hartford Conservatory, the Hartt School of Music, and has attended masterclasses with renowned organists and choral directors at Colby College in Maine and Westminster Choir College in Princeton, New Jersey.  In addition, she holds the Service Playing and College Degrees from the American Guild of Organists.  Joy is sought after as an accompanist for schools, organizations, and individuals.   She was also the official accompanist for the Colby Institute of Music in Maine for ten years.  Joy has been the musical director for numerous area musical productions.  Joy, a former Miss Connecticut, teaches piano, organ, and voice in her home studio. 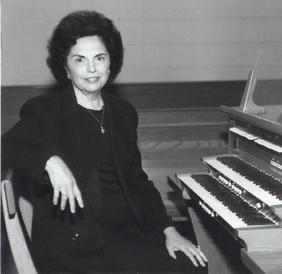 Born in February 1965, grew up in a Christian home in Des Moines, Iowa where his family first attended Calvary reformed church.  Michael recalls feeling the presence of Christ at an early age and remembers a church camp at the age of 14 where he felt the warming presence of the Holy Spirit and gave his heart to Christ.  The church is in his blood with Grandfather Landon Wesley Mendenhall being a United Methodist pastor, and my Grandmother Hazel Mendenhall an Assemblies of God pastor. His father, Paul Butler was instrumental in his daily example of prayer and Bible study.
Michael is married to Lisa Butler since August 1984. They have three children, Landon 25, Kendall 21, Jordan 19.  Michael obtained a Bachelor of Science degree in Physical therapy from the University of Connecticut and a Bachelor of Arts degree in Biblical Studies from Evangel University, Springfield, MO. Michael was an Army Captain and flew UH-1 helicopters for the Connecticut Army National Guard for 5 years. Currently, Michael works as a Physical therapist and is currently in Homecare Physical therapist.
Michael, Lisa, and their kids have been members of First United Methodist Church, Torrington, CT since 2002. Michael believes his time as a lay servant and lay minister was first kindled through his UMARMY camp experiences, working with our youth and seeing the church in active ministry. The transition into church ministry seemed to happen very naturally, despite personal reluctance and trepidation. Michael continues to trust in our beloved heavenly Father, who has given him a love for all God’s children. He describes his own Christian faith as evolving, recognizing that at present “I know only in part”:
“For now we see in a mirror, dimly, but then we will see face to face. Now I know only in part; then I will know fully, even as I have been fully known. And now faith, hope, and love abide, these three; and the greatest of these is love.” 1 Corinthians 13:12-13.
Michael Involvements include:
·       Completion of Local Church lay servant on 2014
·       Certified  as Lay Servant by completing the  Preaching course  in the UMC on 2015
·       Lay Member to the New York Annual conference
·       Supporting the congregation through transitions of two pastors.
·       Participated in 2 rebuilding Mission Trips to Puerto Rico in 2018 and 2019 (Hurricane Maria) 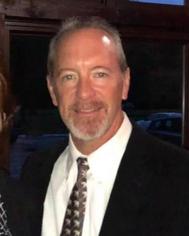 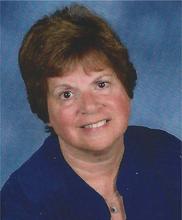 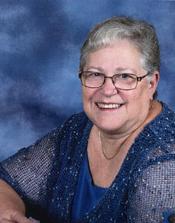 ​Ximena is genuinely committed to equipping the ministry of the saints, training and empowering laity to become closer to the living God.  She believes that the future of The United Methodist Church depends upon the development of a healthy relationship between the clergy and the laity, working together as a team to build Christ’s church and God’s beloved community as inspired by the Holy Spirit.  Ximena became a Methodist because of the denomination’s commitment to a social Gospel; you use your voice, as inspired by God’s Word and the Spirit, to speak for the marginalized and voiceless.

Ximena completed two units of Clinical Pastoral Education (CPE) at Griffin Hospital and worked as a Hospital Chaplain from 2012 to 2016. Her duties included providing pastoral care to patients admitted to the hospital and their families, as well as support on the crisis. She was in charge of the bereavement program for the hospital and led two support groups. This experience cultivated a passion for pastoral caregiving.
In July 2014 Ximena was appointed at Saint Andrew’s UMC as their pastor, In February 2015 she completed all the requirements from DCOM and became a Licensed Local Pastor. ​

Ximena believes that it is vital to stay connected to the larger church. She is very active in numerous committees and teams where she draws her knowledge and support.
At the district level, Ximena is a member of the CT District Council on Ministries, and CT District Board of Lay Servant Ministries. She is a member of a Pastoral Excellence Group (PEG) and the District Strategic team of the greater New Haven area.
This year Ximena had the honor to be part of the worship team for the Special Session of General Conference as a stage manager. She was invited again to be part of the worship team for General Conference 2020 which she accepted gratefully and is already working on.
At the New York Annual Conference level, Ximena serves as a past Chair of the Connectional Ministries Visioning Table. She is the chair of the Young Clergy Debt Assistant program. Ximena is a member of the New York Annual Conference worship team and sessions.
She is part of two ecumenical communities, South Central Emmaus and Tres Dias Fairfield County where she serves as Spiritual Director.
Ximena is originally from Santiago of Chile where she went to school and college. She immigrated to the United States in 1995.
Ximena has been married to Jorge Varas for 27 years and has three children Moises, 26; Ximena B, 22; Javier, 18, and a beautiful granddaughter Rose, 3.   They all live together in a multi-family home in Derby CT with Jorge’s mom and Ximena’s parents. Ximena enjoys spending time with her family, reading, knitting and singing. 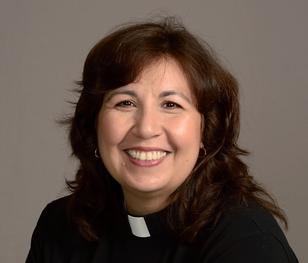